By Gary,
March 26 in Hoops Central

Top Posters In This Topic 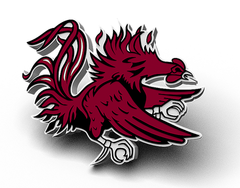 @LonghaulIt wasn't, and Caslen missed his chance to make a number of the people holding $$$ over Tanner/Frank's head look silly by calling them on that and saying, "we don't want the MUSC money, if it

That makes two of us @GregoryHouse.  I'm convinced that he's got plenty of gas left in the tank, unless health issues take him away from the game.  I also am convinced that we have the current players

As I have argued in other threads, I don't think Frank is leaving.  Nor should he.   And now, the news is that he is not leaving.   Lots of people are saying that the BOT does not want to pay his buyo

"Welcome to GamecockFanatics
You don't have permission to chat.
×
×